I started HostiFi, a Ubiquiti cloud hosting service, in May 2018. In January 2019 I went full-time on it, and since then I’ve been sharing monthly updates on website traffic, revenue, and what I’ve been working on at https://rchase.com.

My last blog post about HostiFi was in May 2019, when I wrote “Why I’m completely rewriting my $5,735 MRR SaaS” which was about some major changes that I’m building, including a website rewrite to move off of WordPress to a Laravel Spark platform.

I estimated that rewrite would take 2–3 months, and it’s been 5 months now, but it is finally getting close to completion!

Here is a preview of the new homepage.

Here’s a quick update on progress since my last blog post before I write about the Duo deployment.

Since hiring Safwan to help with support, I’ve been thinking a ton about security as a team instead of just security as an individual. First off, we started using 1Password as a team. Previously I was using KeePass. 1Password manages storing passwords securely, reminds us to rotate them, and keeps separate credentials for every account to protect against password reuse.

In addition, we are 2FA’ing every account we can.

As I went about creating accounts in our various systems for Safwan, I’ve also followed the principle of least privilege by setting the account permissions so that he only has the access he needs to do his job and nothing extra.

One of the big steps in this process of securing things has been figuring out how to deploy Duo for 2FA SSH on all 600 of our Ubiquiti servers.

I’ve already been using 2FA in a way, by using public key authentication only, an attacker would need to have both the private key and also know the password to decrypt the key before being able to gain access to a server, but Duo adds the phone verification to the mix as well so it is more like 3FA instead of 2FA.

I was happy to find out that Duo is free for under 10 users.

But I quickly upgraded to a paid plan when I realized the free plan does not allow you to create policies — for example, I wanted to enforce using the Duo app, and disable SMS as a 2FA option because it’s not secure. I upgraded to a paid plan which requires a minimum of 10 users at $30/month. No problem with the pricing though, this is a huge security benefit for us.

After purchasing, I was able to change the allowed 2FA methods.

I enrolled some users, connecting the Duo app with each account.

And created a UNIX Application for SSH 2FA.

Next, I spun up a few servers on Vultr and began testing out the 2FA installation and integration process.

There were 2 methods available to integrate Duo, with documentation on each.

I used the login_duo method because it was easier to set up multiple Duo users sharing a single root account, logging in with public keys instead of passwords, which is what we needed.

Once I had perfected the list of commands needed for the integration from testing manually on fresh servers, it was time to write a Python script to deploy all the commands to our actual 600 Ubiquiti servers.

I open-sourced that script here.

Here’s what the script does.

2FA, when implemented properly (no SMS!), is one of the best things we can do to add security to accounts. We also recently published a guide on how you can implement 2FA on your UniFi server here.

UNMS 2FA can be easily enabled as well under Settings > Users.

If you use UniFi or UNMS, check out our cloud hosting solution at https://hostifi.net! We provide updates, SSL install, monitoring, and support.

I felt I should share my experience with how I’ve been working on systemizing the business processes and delegating work, as it is a common challenge that entrepreneurs face 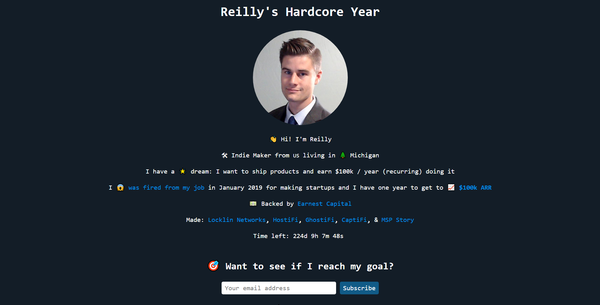 I have a confession to make… I’ve launched over a dozen websites, 3 SaaS businesses, and an online community for IT service business owners, but I’ve never used