I have a confession to make… I’ve launched over a dozen websites, 3 SaaS businesses, and an online community for IT service business owners, but I’ve never used git (until now).

I’ve always just edited the live website. I would make some changes, push it live, see how it goes, and revert back to a saved file copy if I messed up.

In the past, my websites were just side projects which had such low traffic that (probably) no one would notice if I broke something for a few minutes. But now my websites are my primary income, receive thousands of visitors each month, and I want to take more precautions to be able to develop separately before publishing new features.

I don’t have a team of developers, it's just me, and I don’t do any automated testing (yet). I was looking for the easiest way to set up development websites and push changes to their live site counterparts after manual testing, so here is what I came up with:

I didn’t want to run LAMP stack on my Windows 10 laptop, and I also didn’t like the idea of booting into a local Linux server in a virtual machine each day for development.

I decided to run the development environment in the cloud instead of locally.

I created a DigitalOcean VPS, dev.locklinnetworks.com, which would serve as the development server for all of my sites. I created subdomains for each site:

Each dev subdomain points back to the dev.locklinnetworks.com server where virtual hosts are created for them using Webmin/Virtualmin.

I used DigitalOcean to create a firewall on the dev server, blocking access from anywhere except my GhostiFi VPN static IP. That way I don’t have to worry about insecure development things being exposed, and I can display verbose debugging on website errors.

I created a private repo for each site on Github.

On the production server hosting https://rchase.com, I installed git, and then began creating a .gitignore file with all the files and folders that I didn’t want to be included in the repo:

Here is a snippet from the .gitignore file.

Next I added the rest of the files to git, committed, added the remote Github repo, and pushed.

As you can see below, the files were now in my Github private repo.

Cloning down to the dev server

Next, I wanted to clone the repo down to the dev server. After I had cloned it, I realized it had created its own directory (/home/rchase/rchase) so I moved the files back one directory:

Perfect! Now I have a clone of the live site that I can modify and view from https://dev.rchase.com without anyone else seeing my changes.

So now I am able to make changes on dev, commit, then push to Github and from there I can pull down to production when ready. But the dev server is remote, so how can I write code locally on my Windows 10 laptop in Sublime text editor?

Then create a new directory for the project, enter it, clone the repo from Github, and move the files back one directory.

Save from Windows desktop to dev server

Now I have the project on my desktop and can edit files locally with Sublime. But how to push them to dev?

#2 is slow but could be automated with a script.

I decided to do #3 using this plugin: https://wbond.net/sublime_packages/sftp

After making some changes on my desktop in Sublime text editor, saving to the dev server, refreshing and testing to make sure the changes worked, I am ready to commit and push it live:

I have successfully pushed a change from the dev server up to Github repo at this point. Now to pull that change down to the live website, I log into the production server and run:

I check the live site and see the new feature was there and worked!

I will probably write a script so that I can just type “deploy” from my local desktop and the script will log in to the dev server, commit changes, push to Github, then log in to the production server and pull down. 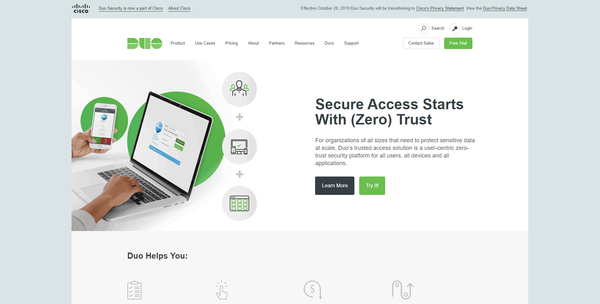 HostiFi UpdateI started HostiFi, a Ubiquiti cloud hosting service, in May 2018. In January 2019 I went full-time on it, and since then I’ve been sharing monthly updates on

I started HostiFi, a Ubiquiti cloud hosting service, 1 year ago this month. Since then, it has grown from 0 to $5,735 monthly recurring revenue. 266 paying subscribers are